What You Need to Know About Cuboid Syndrome

Cuboid syndrome is a common foot problem among athletes, but many people still don’t understand what it is, what causes it, or what distinguishes it from other problems in the foot. With that in mind, let’s take a look at the causes, symptoms, diagnosis, and treatments.

Cuboid syndrome may also be referred to as:

The cuboid is a small bone located on the outer side of the midfoot area, just behind the fourth and fifth metatarsals. Cuboid syndrome develops when this bone moves out of its normal position and, as a result, limits the movement of the bones surrounding it.

While the exact problem leading to cuboid syndrome is unknown, there are three commonly accepted causes of this condition.

Cuboid syndrome may occur as part of an inversion sprain, where the heel and foot are pushed in one direction while the cuboid is pushed in another. The cuboid is normally held in place by a variety of soft tissues, so damage to this area can cause the cuboid to dislocate.

Athletes can sustain inversion sprains in a variety of ways, although they’re more common in sports where things can land on top of the foot (balls, someone else’s foot, and so on).

Aside from injuries, extensive strain on the muscles in the legs can lead to cuboid syndrome. The most common strain-based cause involves the peroneus longus, a muscle that runs along the lower leg and attaches to the foot. Repetitive activities (such as running in track or jumping while playing basketball) can place too much tension on the bone the peroneus longus attaches to.

This isn’t a unique cause, per se, but having flat feet is a major contributing factor in the development of cuboid syndrome. If a foot is already stretched out, it’s that much easier for the various parts to move out-of-place.

Cuboid syndrome’s main symptom is pain, especially pain on outer side of feet areas. This pain is usually at its worst in ‘rough’ walking areas like:

Even normal walking can be a challenge, so most people with this syndrome end up limping for its duration. Unfortunately, this does mean that many sports cannot be played until the symptoms are adequately resolved.

Outside of the pain, the area around the cuboid may be swollen, red, and/or tender. Some people also report feeling like their foot is ‘weak,’ especially when they’re trying to push against it and move forward.

Unfortunately, cuboid syndrome is commonly misdiagnosed. Many imaging tools – CT scans, MRIs, even X-rays – have a difficult time showing an out-of-place cuboid bone unless it’s particularly far from its normal location. (That said, these scans can help to rule out other problems, so chances are your doctor will order one of them even if cuboid syndrome is suspected.)

One of the most common reasons for misdiagnosis is that there is no conclusive test for cuboid syndrome. In most cases, checking for general pain and stiffness around the cuboid is used. However, this can be difficult in an initial examination, especially if you’ve suffered an ankle injury and the entire area is hurting. 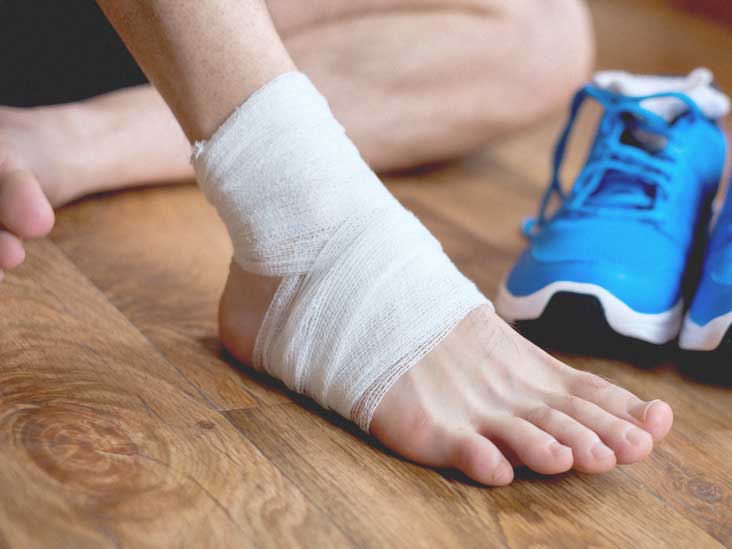 Cuboid syndrome is treated in several different ways. Some of these are used as direct treatments, while others are long-term measures designed to prevent it from recurring. Notably, some of these measures may help to prevent cuboid syndrome, so talk to a podiatrist if you have flat feet or play sports.

The best treatment for most cases of cuboid syndrome is direct manipulation of the bone to push it back into its proper position. While specifics of the manipulation can vary based on how far out-of-alignment the bone is, most treatments involve a quick push to shove the bone back into position.

When successful, the symptoms of cuboid syndrome settle almost immediately, though there may be a little lingering pain and inflammation as your body settles.

Do not attempt this treatment at home. Only a trained individual (such as a physical therapist, a doctor, or a podiatrist) can safely perform this treatment.

Manipulation is not an appropriate treatment for people suffering certain conditions, including bone disease, bone fractures, nerve or vascular problems, rheumatoid arthritis, or gout. Be sure to tell your doctor about any other medical conditions you have before accepting a cuboid manipulation.

The following are supplemental and preventative treatments used for cuboid syndrome.

(Speeding this up is one of the reasons you should ask your doctor to check for cuboid syndrome.)

Ice is a common remedy for inflammation and pain, so regular applications can reduce the symptoms of cuboid syndrome and make it easier to get on with your day. Your podiatrist may direct you to use ice before a manipulation treatment.

Unless cuboid syndrome is immediately detected and treated, you’ll need to do strengthening and movement exercises to keep your foot’s muscles in good shape.

In general, feet exercises should be started as soon as possible and maintained until the foot is fully healed. You may end up working with a physical therapist over the course of your treatment. If you do so as the result of an ankle injury, ask them to check for cuboid syndrome once the ankle area is healed.

(Most pain from ankle sprains is gone within weeks at most. Persistent pain is almost always an indicator that cuboid syndrome – or another foot problem, like plantar fasciitis – has occurred.)

Taping the foot is a popular remedy used to keep the bones of the foot – and especially the cuboid – in place. This is particularly important for allowing the tissues around the cuboid to heal. If they’re still damaged or inflamed when the cuboid is manipulated back into place, the bone may pop right out.

Taping should be done for as long as necessary – which is typically in the range of a few days to two weeks. However, your doctor may recommend taping for an extended period if you’re waiting for another treatment, like orthotics (below).

If you have flat feet, orthotics (special, arch-supporting insoles for shoes) can help push feet into their proper position, support the bones of the feet, and potentially stop cuboid syndrome from developing. Orthotics often have to be custom-ordered to fit a foot, and usually require 1-2 weeks of increasing use before they can be worn full-time.

The reason for this is that these insoles are designed to relieve foot pain and often involve significant changes in posture. Gradually phasing them in – rather than completely shifting to them in one day – helps to ensure they don’t start causing problems instead of solving them. No matter how quickly you want to recover, follow your podiatrist’s instructions for the use of orthotics.

Until you can wear orthotics full-time, you may need to tape your foot or otherwise work to keep the cuboid in place.

Orthotics are not necessary for most people, but athletes may want to wear them as a preventative measure. Sport-focused orthotics are available, but should only be fit by a professional.

Finally, some people are given a wedge of foam (often referred to as a ‘cuboid wedge’) to put into their shoes. This is more of a temporary measure, and wedges tend to be less effective than taping or orthotics.

Will Surgery Be Necessary?

In most cases, cuboid syndrome does not require surgery for successful treatment. The exceptions to this usually involve further injury to the foot, such as a wrestler’s full weight hitting the top of the foot and forcing many bones out of position.

Cuboid syndrome responds extremely well to treatment once diagnosed, and most people return to their normal level of activity soon after treatment occurs. There are no long-term effects known to be associated with cuboid syndrome.